My Life in Aviation Taking Chances and Having Lots of Luck 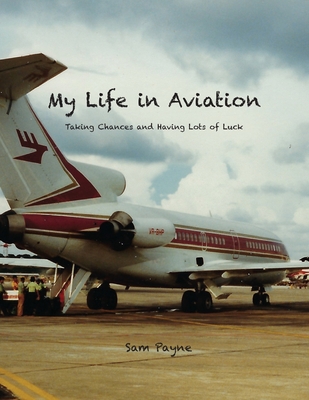 My Life in Aviation Taking Chances and Having Lots of Luck

For years people had been telling Sam Payne to write a book about his adventures. My Life in Aviation, Taking Chances and Having Lots of Luck is his response. In "Taking Chances," he talks about starting to fly, going to Argentina, quitting helicopters and trying for the airlines, working overseas, and quitting TWA to work for Piedmont Airlines. In the "Lots of Luck" part, he tells about getting into the ROTC flight program, being sent to Korea, avoiding near mid-air collisions and engine failures and living through a hijacking.

My Life in Aviation tells about all the places he's been, flying in formation with an Andes Condor, flying around the world four times, guarding the President of the United States, and lots of other interesting tales. Sam says flying was a great and fun way of making a living.

Since retiring from U.S. Airways, he has been busy. He started playing golf, took up watercolor painting, and travels widely with his wife, Anna-Stina. They have been to all fifty states, have gone on several cruises and have traveled to Europe. Now they live in a great retirement community in West Windsor, NJ, very near where he grew up.