The Way of Men 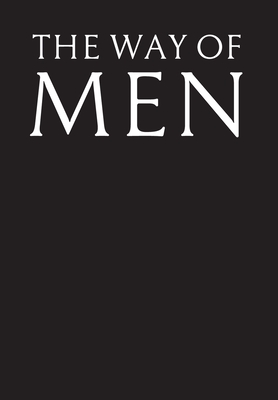 The Way of Men

The Way of Men is the book that cracked the code of masculinity.

The Way of Men argues that masculinity is timeless and rooted in the primal nature of our species. For hundreds of thousands of years, men all around the world fought together in small and competing groups as they struggled to survive. What we recognize as masculinity in other men is directly related to the qualities that men in those groups always needed and demanded from each other - "tactical" virtues like Strength, Courage, Mastery, and Honor.

The Way of Men has become a foundational text in the modern "men's movement" - sometimes called the "manosphere" - because it shows that today's "crisis" of masculinity is actually rooted in a conflict between civilized life and primal existence that men have been wrestling with since the beginning of time.

Especially popular in military, law enforcement, and martial arts communities, The Way of Men has influenced men worldwide and has been published in French, German, Italian, Portuguese, Spanish, and Polish. The Way of Men appeals to men of all races and creeds because it shows men the common history they all share.

This 10th Anniversary hardcover edition of The Way of Men includes a new Afterword by the author as well as two essays that were part of early drafts of the book. "No Man's Land" is an in-depth refutation of feminist arguments against masculinity, and "Violence is Golden" addresses the inescapable role of violence in creating and maintaining human order.