Under the Eye of the Storm: A Novel 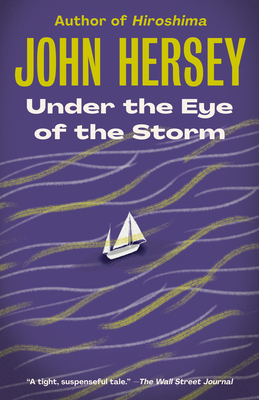 Under the Eye of the Storm: A Novel

Dr. Tom Medlar’s sailboat, the Harmony, is his pride and joy, and the focus of more lavish and meticulous care than he affords to either his career or his marriage. But then one day Tom takes his wife, Audrey, and their friends, Flick and Dottie Hamden, out for a pleasure cruise and into the unexpected path of a hurricane. As the deadly storm rages around them, the fault lines in the friendships and marriages begin to crack, and John Hersey’s riveting adventure story rapidly becomes something deeper and more unsettling. Widely praised on its initial publication in 1967, Under the Eye of the Storm remains a masterpiece of psychological fiction from one of the most accomplished authors of the twentieth century.

JOHN HERSEY was born in Tientsin, China, in 1914 and lived there until 1925, when his family returned to the United States. He studied at Yale and Cambridge, served for a time as Sinclair Lewis's secretary, and then worked several years as a journalist. Beginning in 1947 he devoted his time mainly to writing fiction. He won the Pulitzer Prize, taught for two decades at Yale, and was president of the Authors League of America and Chancellor of the American Academy of Arts and Letters. John Hersey died in 1993.