Too Far to Walk: A Novel 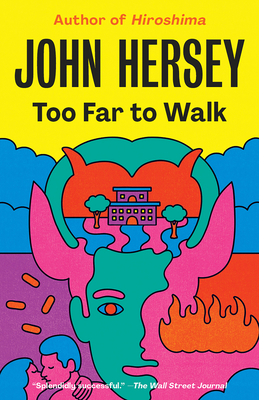 Too Far to Walk: A Novel

John Fist is a talented overachiever who has become restless and bored in his second year at Sheldon, an elite New England college. He is losing motivation, increasingly finding it “too far to walk” to his philosophy class across campus. So when the devil in sophomore’s clothing (a fellow student named Chum Breed) offers him all the most intense experiences of the modern world in exchange for a twenty-six-week lease on his soul, Fist eagerly signs up. The anticipated adventures, however, turn out not to be quite what he had bargained for. Pulitzer Prize–winner John Hersey’s Too Far to Walk is a bracing updating of the classic Faust legend, a compelling coming-of-age novel, and a masterful work of mid-century fiction.

JOHN HERSEY was born in Tientsin, China, in 1914 and lived there until 1925, when his family returned to the United States. He studied at Yale and Cambridge, served for a time as Sinclair Lewis's secretary, and then worked several years as a journalist. Beginning in 1947 he devoted his time mainly to writing fiction. He won the Pulitzer Prize, taught for two decades at Yale, and was president of the Authors League of America and Chancellor of the American Academy of Arts and Letters. John Hersey died in 1993.