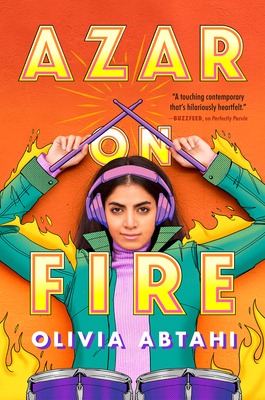 Finding her voice takes on a whole new meaning when fourteen-year-old Azar Rossi sets out to win her local Battle of the Bands contest in this heartfelt and hilarious contemporary YA.

Fourteen-year-old Azar Rossi’s first year of high school has mostly been silent, and intentionally so. After a bad case of colic as a baby, Azar’s vocal folds are shredded—full of nodules that give her a rasp the envy of a chain-smoking bullfrog. Her classmates might just think she’s quiet, but Azar is saving her voice for when it really counts and talking to her classmates is not medically advisable or even high on her list.

When she hears about a local Battle of the Bands contest, it’s something she can’t resist. Azar loves music, loves songwriting, but with her vocal folds the way they are, there's no way she can sing her songs on stage.

Then she hears lacrosse hottie, Ebenezer Lloyd Hollins the Fifth, aka Eben, singing from the locker room. She’s transfixed. He's just the person she needs. His voice + her lyrics = Battle of the Bands magic. But getting a band together means Azar has a lot of talking to do and new friends to make. For the chance to stand on stage with Eben it might all just be worth it.

Olivia Abtahi is a writer and filmmaker born in Washington, DC. When she isn't drafting novels about awkward teens, you can find her working on documentaries about social justice and climate equity. She currently lives in Denver, Colorado, with her husband and their daughter.