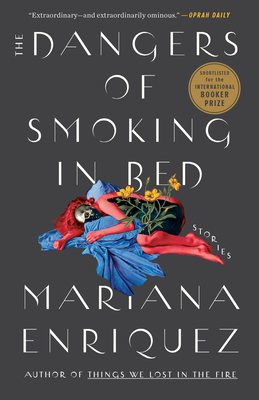 By  Mariana Enriquez , Translated by  Megan McDowell
Paperback
$ 17.00
Likely On Our Shelves

“The beautiful, horrible world of Mariana Enriquez, as glimpsed in The Dangers of Smoking in Bed, with its disturbed adolescents, ghosts, decaying ghouls, the sad and angry homeless of modern Argentina, is the most exciting discovery I’ve made in fiction for some time.”—Kazuo Ishiguro, The Guardian

Mariana Enriquez is a writer and editor based in Buenos Aires, where she contributes to a number of newspapers and literary journals, both fiction and nonfiction.