The Wealth of Nations (Vintage Classics) 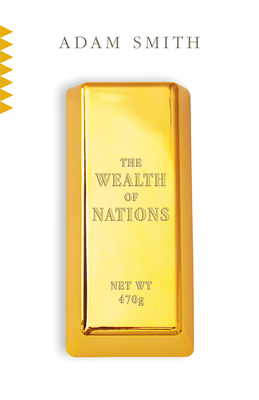 The Wealth of Nations (Vintage Classics)

By  Adam Smith
Paperback
$ 16.00
Likely On Our Shelves

The first--and still the most eloquent--expression of the economic theories of capitalism.

Published in 1776, in the same year as the Declaration of Independence, The Wealth of Nations has had a similarly significant impact on the course of modern history. Adam Smith's celebrated defense of free market economies was written with such expressive power and clarity that the first edition sold out in six months. While its most remarkable and enduring innovation was to see the whole of economic life as a unified system, it is notable also as one of the Enlightenment's most eloquent testaments to the sanctity of the individual in his relation to the state. This edition contains in one volume the most influential first four books of Smith's masterwork.

Adam Smith was born in a small village in Kirkcaldy, Scotland in 1723. He entered the University of Glasgow at age fourteen, and later attended Balliol College at Oxford. After lecturing for a period, he held several teaching positions at Glasgow University. His greatest achievement was writing The Wealth of Nations (1776), a five-book series that sought to expose the true causes of prosperity, and installed him as the father of contemporary economic thought. He died in Edinburgh on July 19, 1790.