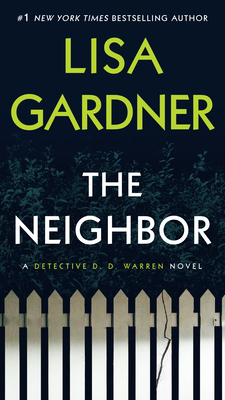 By  Lisa Gardner
Paperback
$ 9.99
On Our Shelves Now

A young mother, blond and pretty, vanishes from her South Boston home, leaving behind only one witness—her four-year-old daughter—and one suspect—her handsome, secretive husband.

From the moment Detective Sergeant D. D. Warren arrives at the Joneses’ snug little bungalow, instinct tells her that something is seriously off with the wholesome image the couple has worked so hard to create.

With the clock ticking on the life of a missing woman and a media firestorm building, D.D. must decide whether Jason Jones is hiding his guilt—or just trying to hide. But first she must stand between a potential killer and his next victim—an innocent child who may have seen too much.

Lisa Gardner is the #1 New York Times bestselling author of twenty suspense novels, including The Neighbor, which won Thriller of the Year from the International Thriller Writers. An avid hiker, traveler and cribbage player, she lives in the mountains of New Hampshire with her family.