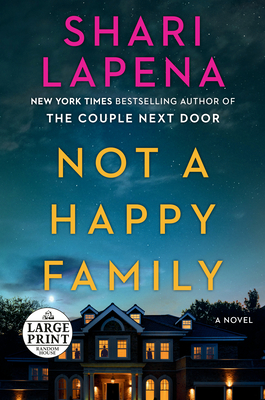 By  Shari Lapena
Paperback
$ 29.00
Out of Stock In Store (Available to Order)

Shari Lapena is the internationally bestselling author of the thrillers The Couple Next Door, A Stranger in the House, An Unwanted Guest, Someone We Know, and The End of Her, which have all been New York Times and The Sunday Times (London) bestsellers. Her books have been sold in thirty-seven territories around the world. She lives in Toronto and Not a Happy Family is her sixth thriller.