Some of It Was Real 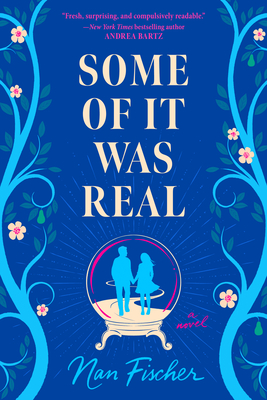 Some of It Was Real

A psychic on the verge of stardom who isn’t sure she believes in herself and a cynical journalist with one last chance at redemption are brought together by secrets from the past that also threaten to tear them apart.

Psychic-medium Sylvie Young starts every show with her origin story, telling the audience how she discovered her abilities. But she leaves out a lot—the plane crash that killed her parents, an estranged adoptive family who tend orchards in rainy Oregon, panic attacks, and the fact that her agent insists she research some clients to ensure success.

After a catastrophic reporting error, Thomas Holmes’s next story at the L.A. Times may be his last, but he’s got a great personal pitch. “Grief vampires” like Sylvie who prey upon the loved ones of the deceased have bankrupted his mother. He’s dead set on using his last-chance article to expose Sylvie as a conniving fraud and resurrect his career.

When Sylvie and Thomas collide, a game of cat and mouse ensues, but the secrets they’re keeping from each other are nothing compared to the mysteries and lies they unearth about Sylvie’s past. Searching for the truth might destroy them both—but it’s the only way to find out what’s real.

Nan Fischer is a two-time Oregon Book Award finalist for her novels, When Elephants Fly and The Speed of Falling Objects. Additional author credits include co- authored sport autobiographies for elite athletes, and a Star Wars trilogy for LucasFilm. She lives in the Pacific Northwest with her husband and their Vizsla, Boone.