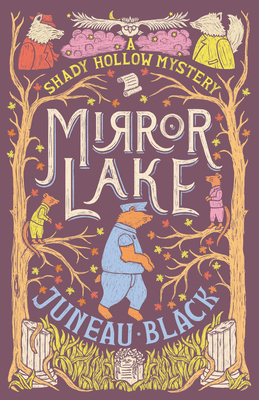 The third novel in the Shady Hollow mystery series, in which Vera Vixen takes on her most challenging case yet: solving the murder of a rat who appears to still be alive.

Change is afoot in Shady Hollow, with an unusually tense election shaping up between long-serving Chief of Police Theodore Meade and Vera's beau, Deputy Orville Braun. But the political tension takes a back seat when resident eccentric Dorothy Springfield becomes convinced her beloved husband, Edward, is dead, and that the rat claiming to be him is actually a fraud.

While most of the town dismisses Dorothy's rants as nothing more than a delusion, Vera has her doubts. More than a few things don't add up in the Springfield household, but Vera will have to tread carefully, since, with Orville's attention on the election, she may be more exposed than ever.

Juneau Black is the pen name of authors Jocelyn Cole and Sharon Nagel. They share a love of excellent bookshops, fine cheeses, and good murders (in fictional form only). Though they are two separate people, if you ask either of them a question about their childhood, you are likely to get the same answer. This is a little unnerving for any number of reasons.