A Line in the Dark 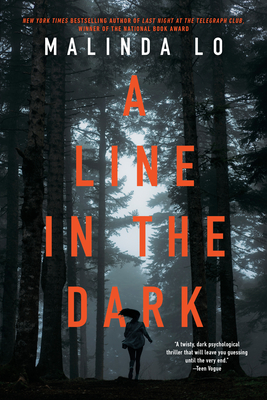 A Line in the Dark

“A twisty, dark psychological thriller that will leave you guessing til the very end."—Teen Vogue

The line between best friend and something more is a line always crossed in the dark.

Jess Wong is Angie Redmond’s best friend. And that’s the most important thing, even if Angie can’t see how Jess truly feels. Being the girl no one quite notices is OK with Jess anyway. If nobody notices her, she’s free to watch everyone else. But when Angie begins to fall for Margot Adams, a girl from the nearby boarding school, Jess can see it coming a mile away. Suddenly her powers of observation are more a curse than a gift.

As Angie drags Jess further into Margot’s circle, Jess discovers more than her friend’s growing crush. Secrets and cruelty lie just beneath the carefree surface of this world of wealth and privilege, and when they come out, Jess knows Angie won’t be able to handle the consequences.

When the inevitable darkness finally descends, Angie will need her best friend.

“It doesn’t even matter that she probably doesn’t understand how much she means to me. It’s purer this way. She can take whatever she wants from me, whenever she wants it, because I’m her best friend.”

A Line in the Dark is a story of love, loyalty, and murder.

Malinda Lo is the New York Times bestselling author of Last Night at the Telegraph Club, winner of the National Book Award, the Stonewall Book Award, and the Asian/Pacific American Award for Literature, as well as Michael L. Printz and Walter Dean Myers honors. Her debut novel Ash, a Sapphic retelling of Cinderella, was a finalist for the William C. Morris YA Debut Award, the Andre Norton Award for YA Science Fiction and Fantasy, the Mythopoeic Fantasy Award, and the Lambda Literary Award. Malinda’s short fiction and nonfiction has been published by The New York Times, NPR, Autostraddle, The Horn Book, and multiple anthologies. She lives in Massachusetts with her wife and their dog.