100 Tips for Hoteliers: What Every Successful Hotel Professional Needs to Know and Do 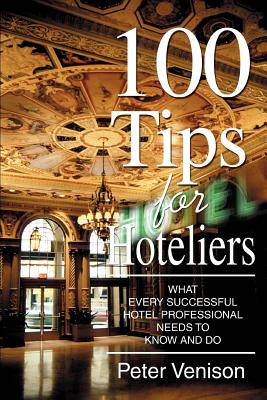 100 Tips for Hoteliers: What Every Successful Hotel Professional Needs to Know and Do

Twenty-two years ago, author Peter Venison's Hotel Management became a best seller in the hotel and tourism industry, labeled a 'must read" on the curriculum of every hotel school, and landed on the bookshelf of every hotel manager. Despite many requests for a follow-up volume, Venison declined, on the basis that he had nothing new to say. Now he does.

Holed up for several weeks in five star hotels while concluding a complicated business deal, Venison realized that the standards offered by the industry still fall short of perfection. As a result, he has put pen to paper to produce this handy catalogue of suggestions to hoteliers, based upon his considerable personal experience as a hotelier and perpetual hotel guest.

100 Tips for Hoteliers guides you from the inception of a hotel to its opening and operation, offering practical tips for each stage of the journey. It should prove equally useful to hotel school students as a checklist of what they can expect, and also to practicing hotel managers as a reminder of their responsibilities.

Proceeds from the sale of 100 Tips for Hoteliers will be donated to the Duke of Edinburgh Cup charity.