Energy and the Rise and Fall of Political Economy: 2nd Edition 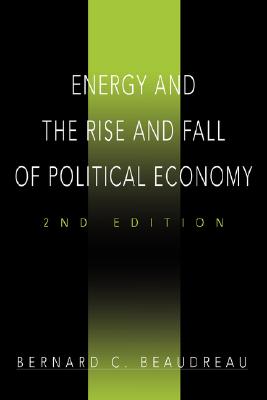 Energy and the Rise and Fall of Political Economy: 2nd Edition

By  Bernard C. Beaudreau
Paperback
$ 19.95
Out of Stock In Store (Available to Order)

The First and Second Industrial Revolutions were about energy: steam power revolutionized 19th-century Great Britain and electric power revolutionized 20th-century America. Yet political economy, the science of wealth born of the First Industrial Revolution, is devoid of energy, focusing instead on machinery or capital. According to basic mechanics, tools per se are not productive, as they are not source of energy. This book uses basic mechanics and thermodynamics to reexamine the rise of political economy as the science of wealth in the 19th and 20th centuries. It is argued that the failure of generations of political economists to formally incorporate energy into their models of production and distribution has led to the unfortunate state in which economics currently finds itself. With the inclusion of energy, important insights result. For instance, the Solow Residual in both 19th-century Great Britain and 20th-century America disappears.

Unlike previous critiques of political economy, the analysis is constructive in nature, using past shortcomings and oversights as a springboard to a more consistent model of economic activity, especially production. The book is the first of its kind to use basic physics and thermodynamics as a guide to the First and Second Industrial Revolutions, and more importantly, to show how political economists from Smith to Fisher have attempted to understand these two energy-based industrial revolutions.