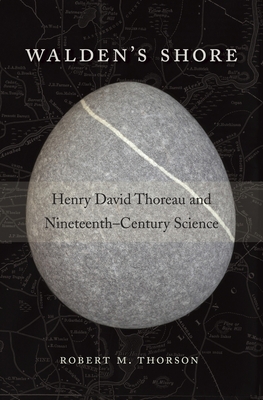 Let us settle ourselves, and work and wedge our feet downward, Thoreau invites his readers in Walden, till we come to a hard bottom and rocks in place, which we can call reality. Walden's Shore explores Thoreau's understanding of that hard reality, not as metaphor but as physical science. Robert M. Thorson is interested in Thoreau the rock and mineral collector, interpreter of landscapes, and field scientist whose compass and measuring stick were as important to him as his plant press. At Walden's climax, Thoreau asks us to imagine a living earth upon which all animal and plant life is parasitic. This book examines Thoreau's understanding of the geodynamics of that living earth, and how his understanding informed the writing of Walden.

The story unfolds against the ferment of natural science in the nineteenth century, as Natural Theology gave way to modern secular science. That era saw one of the great blunders in the history of American science--the rejection of glacial theory. Thorson demonstrates just how close Thoreau came to discovering a theory of everything that could have explained most of the landscape he saw from the doorway of his cabin at Walden. At pivotal moments in his career, Thoreau encountered the work of the geologist Charles Lyell and that of his prot g Charles Darwin. Thorson concludes that the inevitable path of Thoreau's thought was descendental, not transcendental, as he worked his way downward through the complexity of life to its inorganic origin, the living rock.