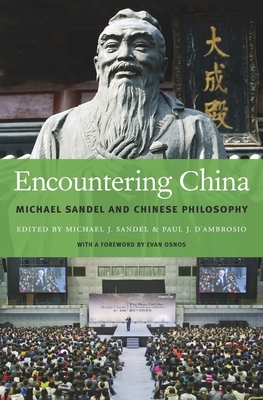 In the West, Harvard philosopher Michael Sandel is a thinker of unusual prominence. In China, he's a phenomenon, greeted by vast crowds. China Daily reports that he has acquired a popularity "usually reserved for Hollywood movie stars." China Newsweek declared him the "most influential foreign figure" of the year. In Sandel the Chinese have found a guide through the ethical dilemmas created by the nation's swift embrace of a market economy--a guide whose communitarian ideas resonate with aspects of China's own rich and ancient philosophical traditions.

Chinese citizens often describe a sense that, in sprinting ahead, they have bounded past whatever barriers once held back the forces of corruption and moral disregard. The market economy has lifted millions from poverty but done little to define ultimate goals for individuals or the nation. Is the market all there is? In this context, Sandel's charismatic, interactive lecturing style, which roots moral philosophy in real-world scenarios, has found an audience struggling with questions of their responsibility to one another.

Encountering China brings together leading experts in Confucian and Daoist thought to explore the connections and tensions revealed in this unlikely episode of Chinese engagement with the West. The result is a profound examination of diverse ideas about the self, justice, community, gender, and public good. With a foreword by Evan Osnos that considers Sandel's fame and the state of moral dialogue in China, the book will itself be a major contribution to the debates that Sandel sparks in East and West alike.