The Rise and Fall of the Great Powers: Economic Change and Military Conflict from 1500 to 2000 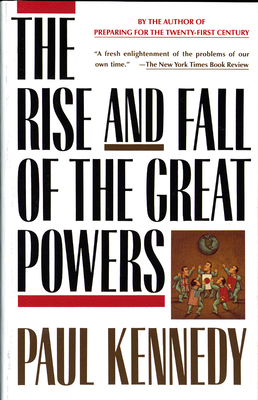 The Rise and Fall of the Great Powers: Economic Change and Military Conflict from 1500 to 2000

About national and international power in the "modern" or Post Renaissance period. Explains how the various powers have risen and fallen over the 5 centuries since the formation of the "new monarchies" in W. Europe.

Paul Kennedy is the author or editor of thirteen books, including Preparing for the Twenty-first Century and The Rise and Fall of the Great Powers, which has been translated into more than twenty languages. He serves on the editorial board of numerous scholarly journals and has written for The New York Times, Los Angeles Times, The Atlantic Monthly, and several other publications. Educated at Newcastle University and Oxford University, he is a former fellow of the Institute for Advanced Studies at Princeton University and of the Alexander von Humboldt-Stiftung in Bonn.