The Story of a Shipwrecked Sailor (Vintage International) 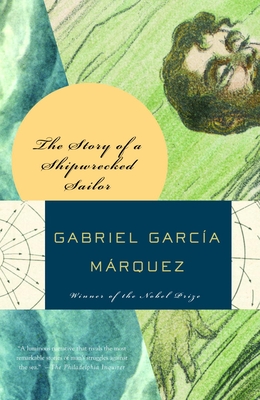 The Story of a Shipwrecked Sailor (Vintage International)

In 1955, Garcia Marquez was working for El Espectador, a newspaper in Bogota, when in February of that year eight crew members of the Caldas, a Colombian destroyer, were washed overboard and disappeared. Ten days later one of them turned up, barely alive, on a deserted beach in northern Colombia. This book, which originally appeared as a series of newspaper articles, is Garcia Marquez's account of that sailor's ordeal.

Gabriel García Márquez was born in Colombia in 1927. He was awarded the Nobel Prize in Literature in 1982. He is the author of many works of fiction and nonfiction, including One Hundred Years of Solitude, Love In The Time Cholera, The Autumn Of The Patriarch, The General In His Labyrinth, and News Of A Kidnapping. He died in 2014.