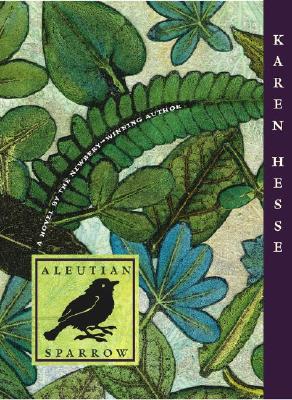 "your work is to know the ways of our people.""

In June of 1942, seven months after attacking Pearl Harbor, the Japanese navy invaded Alaska's Aleutian Islands. For nine thousand years the Aleut people had lived and thrived on these treeless, windswept lands. Within days of the first attack, the entire native population living west of Unimak Island was gathered up and evacuated to relocation centers in the dense forests of Alaska's Southeast.

With resilience, compassion, and humor the Aleuts responded to the sorrows of upheaval and dislocation. This is Vera's story, but it is woven from the same fabric as the stories of displaced peoples throughout history. It chronicles the struggle to survive and to keep community and heritage intact despite harsh conditions in an alien environment.

In a luminous novel of unrhymed verse, Newbery winner Karen Hesse brings to light this little-known episode from America's past.