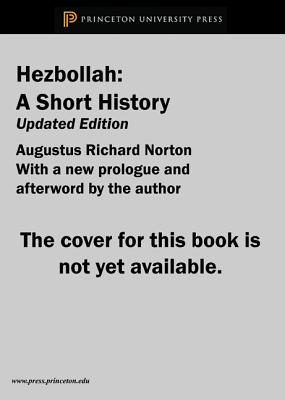 With Hezbollah's entry into the Lebanese government in 2009 and forceful intervention in the Syrian civil war, the potent Shi'i political and military organization continues to play an enormous role in the Middle East. A hybrid of militia, political party, and social services and public works provider, the group is the most powerful player in Lebanon. Policymakers in the United States and Israel usually denounce Hezbollah as a dangerous terrorist organization and refuse to engage with it, yet even its adversaries need to contend with its durability and resilient popular support. Augustus Richard Norton's incisive account stands as the most lucid, informed, and balanced analysis of Hezbollah yet written--and this expanded and fully updated third edition features a new prologue and conclusion and two new chapters largely devoted to the group's recent activities, including its involvement in Syria. Hezbollah is a work of perennial importance and remains essential reading for anyone who wants to understand the Middle East.

Augustus Richard Norton is professor of international relations and anthropology at Boston University and a fellow of the Oxford Centre for Islamic Studies. A former U.S. Army officer and West Point professor, he has conducted research in Lebanon for more than three decades.