The Ghost Slayers: Thrilling Tales of Occult Detection (Tales of the Weird) 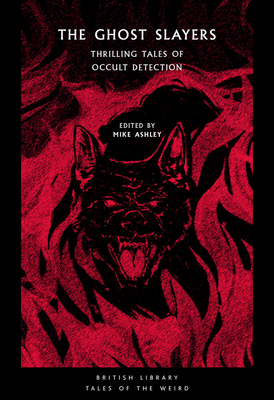 The Ghost Slayers: Thrilling Tales of Occult Detection (Tales of the Weird)

‘A soundless baying seemed to come from the open jaws, and in the eyes gleamed a light that was not of this world. It was not the green luminosity of an animal, but a purplish grey reflected from some cold planet beyond the range of our senses.’

Occult or psychic detective tales have been chilling readers for almost as long as there have been ghost stories. This beguiling subgenre follows specialists in occult lore – often with years of arcane training – investigating strange supernatural occurrences and pitting their wits against the bizarre and inexplicable.

Mike Ashley is an author, anthologist and editor with a specialism for seeking out rare strange stories from the periodicals and magazines of the nineteenth and twentieth centuries. He is an expert in the fields of weird fiction and classic mystery stories, and a leading authority on the history and development of the occult detection tale.