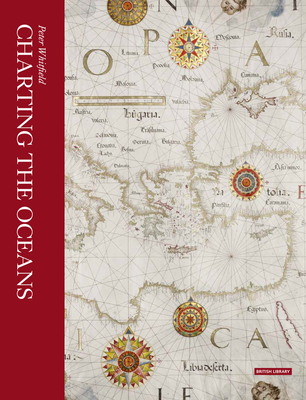 Mastery of the sea has been crucial in world history: the transition from the medieval to the modern world was marked by the emergence of ships from their European home waters out into the Atlantic, Indian and Pacific Oceans. Solving the problem of ocean navigation was an essential prelude to achieving international powers and the maritime nations left a unique visual record of their response to the challenge of the sea. In succession Spanish, Portuguese, Dutch, French and English mariners used their charts to express their claims to sovereignty of the seas and territories newly revealed by their naval explorers. This revised and updated book traces the history of charts not as technical documents but as eloquent witnesses to the discovery of the world beyond Europe, and to man’s evolving knowledge of the oceans. These charts employed a vivid artistic idiom which expressed man’s passionate feeling for the sea: the gilded compasses, the nightmarish sea-creatures, the stately ships, the royal crests—all these were fused into a unique art-form, which flourished for four centuries. Featuring new photography of the British Library’s most important maritime maps, Charting the Oceans is the definitive guide to this majestic tradition.

Peter Whitfield is a leading expert in map history and exploration. His previous books include London: A Life in Maps and Cities of the World: A History in Maps.