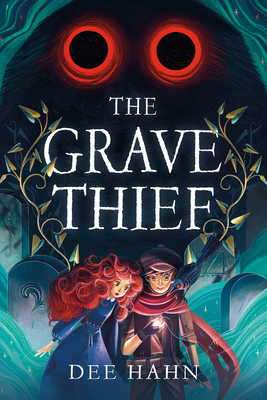 A twelve-year-old grave thief gets caught up in a royal heist in this compelling middle-grade fantasy in the vein of Kelley Armstrong's A Royal Guide to Monster Slaying.

Twelve-year-old Spade is a grave thief. With his father and brother, he digs up the recently deceased to steal jewels, the main form of trade in Wyndhail.

Digging graves works for Spade -- alone in the graveyard at night, no one notices his limp or calls him names. He's headed for a lifetime of theft when his father comes up with the audacious plan to rob a grave in the Wyndhail castle cemetery. Spade and his brother get caught in a royal trap, and Spade must find the master of the Woegon: a deadly creature that is stalking the castle by night.

Along the way, he meets Ember, the queen's niece, and together they race to solve the mystery of the legendary Deepstones and their connection to the Woegon, the queen, a missing king and the mysterious pebble Spade finds in the Wyndhail cemetery.

This is a fantastic story of friendship, bravery, grief and acceptance.

DEE HAHN began writing when her three children begged for bedtime stories, and she never stopped. Dee is a lover of forests, adventure, yaks—and books, of course! She lives with her family, a wily dog and a rebellious chicken in Calgary, Alberta.