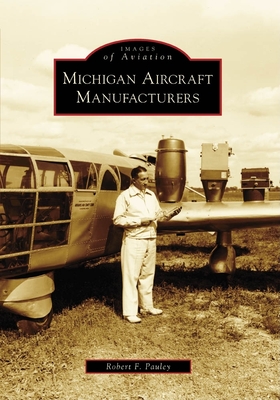 By  Robert F. Pauley
Paperback
$ 21.99
Out of Stock In Store (Available to Order)

Engineers, inventors, and dreamers in the state of Michigan had been searching for the secret of heavier-than-air flight well before the Wright brothers successful flights in 1903. In 1911, the first aircraft manufacturer opened for business in Michigan. During the 1920s and 1930s, the Detroit area was known as the Aviation Capital of America. The All-American Aircraft Show, held annually in Detroit from 1928 to 1933, was the major showcase for introducing new airplanes to the aviation community. Major competitions, such as the Ford Air Tours (1925 to 1931) and the Cirrus Derby (1930), originated and ended at airports in Michigan. Michigan's aircraft manufacturers made major contributions to America's war efforts, building 1,500 Liberty planes during World War I and 8,685 B-24 bombers during World War II. In addition to those major manufacturers, a large number of individual designers and entrepreneurs toiled to build the ultimate airplane. Today the pioneering tradition lives on in the hundreds of individuals who design and build airplanes in their garage or basement.