The State after Communism: Governance in the New Russia 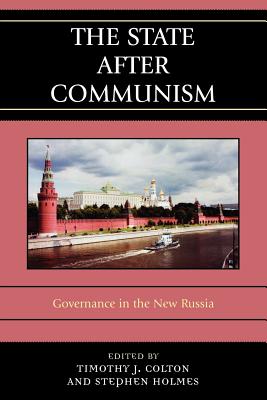 The State after Communism: Governance in the New Russia

The Soviet dictatorship was a strong state, committed to dominating and transforming society in the name of a utopian ideology. When the communist regime crumbled and the post-Soviet countries committed to democracy, most observers took for granted that their state structures would be effective agents of the popular will. Russia's experience demonstrates that this assumption was overly optimistic. This book, based on a major collaborative research project with American and Russian scholars, shows that state capacity, strength, and coherence were highly problematic after communism, which had major consequences for particular functions of government and for the entire process of regime change. Eleven respected contributors examine governance in post-Soviet Russia in comparative context, investigating the roots, characteristics, and consequences of the crisis as a whole and its manifestations in the specific realms of tax collection, statistics, federalism, social policy, regulation of the banks, currency exchange, energy policy, and parliamentary oversight of the bureaucracy.

Timothy J. Colton is professor of government and Russian studies and director of the Davis Center for Russian and Eurasian Studies at Harvard University. Stephen Holmes is professor of law at New York University School of Law.