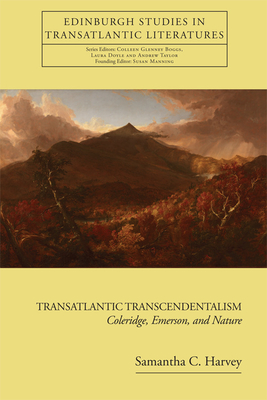 The first book devoted to Coleridge's influence on Emerson and the development of American Transcendentalism
As Samantha Harvey demonstrates, Samuel Taylor Coleridge's thought galvanized Emerson at a pivotal moment in his intellectual development in the years 1826-1836, giving him new ways to harmonize the Romantic triad of nature, spirit and humanity. Emerson did not think about Coleridge: he thought with Coleridge, resulting in a unique case of assimilative influence. In addition to examining his specific literary, philosophical, and theological influences on Emerson, this book reveals Coleridge's centrality for Boston Transcendentalism and Vermont Transcendentalism, a movement which profoundly affected the development of modern higher education, the national press, and the emergence of Pragmatism.

Samantha Harvey is an assistant professor of English Literature at Boise State University. She is the editor of Coleridge's Responses: Coleridge on Nature and Vision (London: Continuum, 2008).