The ME 262 Stormbird Story (Story series) 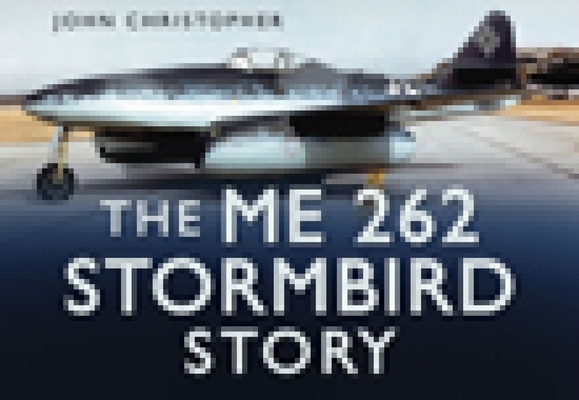 The ME 262 Stormbird Story (Story series)

By the time of its introduction into front-line service in July 1944 many Germans thought the ME 262 was capable of turning the tide of the Second World War. Accelerating to speeds well over 500mph, it was faster than any Allied fighter operating in the European theatre. Officially designated as the Schwalbe, or Swallow, its pilots soon renamed the ME 262 as the Sturmvogel. While the war was still going Hitler's way, the ME 262 was not considered a high-priority project by German High Command, until May 1943 when the celebrated Luftwaffe ace Adolf Galland flew the ME 262 and was so impressed by its performance that he advocated immediate mass production. Several types of the ME 262 were deployed—fighter bomber, interceptor, and an unarmed reconnaissance version—but although over 1,400 ME 262s were constructed, less than 300 saw combat. Even so, the Stormbird signaled the beginning of the end for piston-engined combat aircraft, and with the fall of the Third Reich the Allies were quick to seize the surviving ME 262s and their design directly influenced the development of jet fighters after the war.

John Christopher is a life-long transport enthusiast, author, and balloon pilot. He is currently involved in Airship Initiatives, which is bringing a Zeppelin airship to the UK for pleasure trips. He has previously written Balloons at War and Brunel's Kingdom.