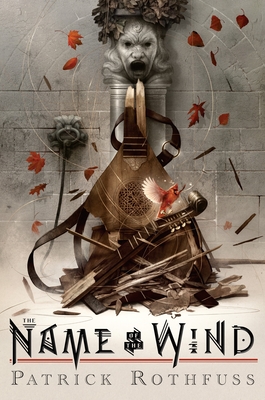 By  Patrick Rothfuss , Illustrated By  Dan dos Santos
$ 40.00
Out of Stock In Store (Click to Order)

"No one writes about stories like Pat Rothfuss. How the right story at the right time can change the world, how the teller can shape a life." —Lin-Manuel Miranda

DAY ONE: THE NAME OF THE WIND

My name is Kvothe.

I have stolen princesses back from sleeping barrow kings. I burned down the town of Trebon. I have spent the night with Felurian and left with both my sanity and my life. I was expelled from the University at a younger age than most people are allowed in. I tread paths by moonlight that others fear to speak of during day. I have talked to Gods, loved women, and written songs that make the minstrels weep.

You may have heard of me.

So begins a tale unequaled in fantasy literature—the story of a hero told in his own voice. It is a tale of sorrow, a tale of survival, a tale of one man’s search for meaning in his universe, and how that search, and the indomitable will that drove it, gave birth to a legend.

Praise for The Kingkiller Chronicle: