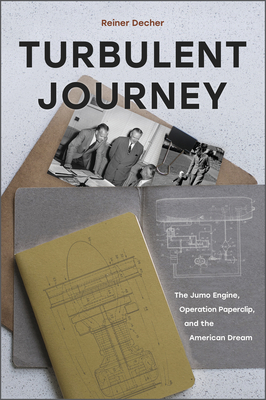 Germany built the first operational jet aircraft during World War II, the Messerschmitt Me 262. Siegfried Decher was part of the engineering team that designed the engines that powered the 262. At the end of the war, Decher was nearly stranded in the Soviet Occupation Zone, but the US military made contact and offered a way out. As the principal responsible for a control system in the Jumo engine, Decher was of value to the Allies. Plans to evacuate during Operation Paperclip fell through. After a detour in France, Decher reached American shores several years later, where he enjoyed a successful career in the civil aviation industry. This untold story of early jet development, surviving the collapse of the Reich, and starting over in America is recounted by Siegfried's son, Reiner. Reiner, an accomplished engineer in his own right, constructs the story through a combination of his own memories and original letters and documents from his family archive.