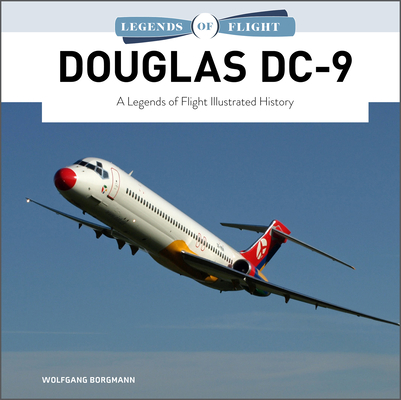 With their unmistakable silhouette, the Douglas DC-9 family of twin-engine, passenger jets was a familiar sight on many of the world's airfields well into the 1990s. Douglas initiated development of the DC-9 at the beginning of the 1960s and, in doing so, developed an entirely new market--the short-range jet airliner. The DC-9 became an instant bestseller for Douglas. To this day, the DC-9, and its MD-80 and -90 variants, are among the most successful passenger airliners ever produced, with nearly 1,000 examples being produced from 1965 to 1982. In this book you will learn everything from the first designs to its gradual elimination from the market by more-modern designs from Airbus and Boeing. The history of the DC-9's design, development, and operational use is presented in detail in this book, as is its use by many of the world's most famous airlines, including Delta, Eastern, TWA, USAir, Air Canada, Swissair, Finnair, KLM, and Qantas. Technical specifications for the DC-9 and its variants, as well as period photographs, bring to life the fascinating history of Douglas's most successful commercial jet airliner.