The Chase: Trusting God with Your Happily Ever After 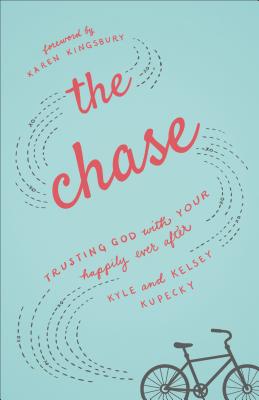 The Chase: Trusting God with Your Happily Ever After

By  Kyle Kupecky , Kelsey Kupecky , Foreword by  Karen Kingsbury
Paperback
$ 14.99
Out of Stock In Store (Click to Order)

Kyle and Kelsey Kupecky couldn't have dreamed a better love story for themselves had it been scripted by a bestselling novelist like Kelsey's mom, Karen Kingsbury. In fact, if you asked them, Kyle and Kelsey would name God as the author of their story. And they're glad they trusted him to write it for them.

Unfortunately, too many girls hoping for their own happily-ever-after have taken matters into their own hands, chasing after boys when they should be chasing after God. And that inevitably leads to heartache, low self-esteem, and poor choices as girls give in to pressure from media and peers to look and act a certain way to attract guys.

Kyle and Kelsey want girls to know that it's never too late to trust God with their love lives, that wherever they are, there's always hope for the future. Through their own story and the stories of others who long for love, they show girls how to put God first, how to value and protect their purity, how to deal with loneliness and bullying, and how to see themselves as God does--a one-in-a-million girl who deserves no less than God's best.

Kyle Kupecky is a Christian recording artist who has toured with Lecrae, MercyMe, and Steven Curtis Chapman. His self-titled debut album released in 2014 and his Christmas album, Snowed In, debuted in the Top 10 on the iTunes Holiday Chart. Through his soulful pop music and speaking with his wife, Kyle is passionate about sharing Jesus with today's youth.Kelsey Kupecky is a designer and an actress who has appeared in several faith-based films, including the Emmy-nominated The Heart of Christmas. She is the designer of Possibilities, a DaySpring greeting card and gift line, with her mother, #1 New York Times bestselling author Karen Kingsbury. Through acting, designing, and speaking with her husband, Kelsey's dream is to encourage girls to chase after God, allowing him to write their happily ever after.Kyle and Kelsey live in Nashville, Tennessee. For more information, visit kyleandkelsey.com.