The Sun Came Down: The History of the World as My Blackfeet Elders Told It 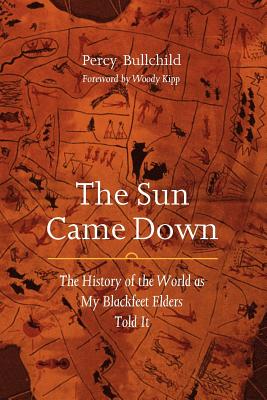 The Sun Came Down: The History of the World as My Blackfeet Elders Told It

At the age of sixty-seven, Percy Bullchild (1915–1986), a Blackfeet Indian from Browning, Montana, with little formal education in English, set out to put the oral traditions and history of his people into a permanent written record. He regarded this undertaking—to “write the Indian version of our own true ways in our history and legends,” as he puts it—as both a corrective and an instructive tool. Bullchild culled this remarkable collection of historical legends from his memory of the oral history as it was passed down to him by his elders and by seeking out the oral traditions of other tribes. These stories, like all legends, Bullchild reminds us, “may sound a little foolish, but they are very true. And they have much influence over all of the people of this world, even now as we all live.” Woody Kipp provides a preface for this Bison Books edition.

Percy Bullchild was a well-known musician, artist, and storyteller. Woody Kipp is an English instructor at Blackfeet Community College and the author of Viet Cong at Wounded Knee: The Trail of a Blackfeet Activist (Nebraska 2004).