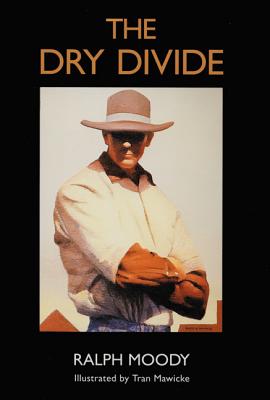 Ralph Moody, just turned twenty, had only a dime in his pocket when he was put off a freight in western Nebraska. It was the Fourth of July in 1919. Three months later he owned eight teams of horses and rigs to go with them. Everyone who worked with him shared in the prosperity—the widow whose wheat crop was saved and the group of misfits who formed a first-rate harvesting crew. But sometimes fickle Mother Nature and frail human nature made sure that nothing was easy. The tension between opposing forces never lets up in this book.

Without preaching, The Dry Divide warmly illustrates the old-time virtues of hard work ingenuity, and respect for others. The Ralph Moody who was a youngster in Little Britches and who grew up without a father and with early responsibilities in Man of the Family, The Fields of Home, The Home Ranch, Mary Emma & Company, and Shaking the Nickel Bush (all Bison Books) has become a man to reckon with in The Dry Divide.

Western writer Ralph Moody (1898–1982) grew up in Carson territory in southeastern Colorado. He is the author of seventeen books, including Come on Seabiscuit! and his series Little Britches, all available in Bison Books editions.