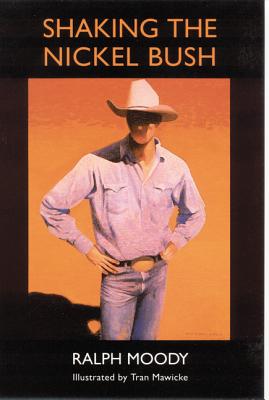 Skinny and suffering from diabetes, Ralph Moody is ordered by a Boston doctor to seek a more healthful climate. Going west again is a delightful prospect. His childhood adventures on a Colorado ranch were described in Little Britches and Man of the Family, also Bison Books. Now nineteen years old, he strikes out into new territory hustling odd jobs, facing the problem of getting fresh milk and leafy green vegetables. He scrapes around to survive, risking his neck as a stunt rider for a movie company. With an improvident buddy named Lonnie, he camps out in an Arizona canyon and "shakes the nickel bush" by sculpting plaster of paris busts of lawyers and bankers. This is 1918, and the young men travel through the Southwest not on horses but in a Ford aptly named Shiftless. New readers and old will enjoy this entry in the continuing saga of Ralph Moody.
Purchase the audio edition.

Ralph Moody (1898–1982) is the author of Come on Seabicuit! as well as the Little Britches series about a boy's life on a Colorado ranch, all available in Bison Books editions.