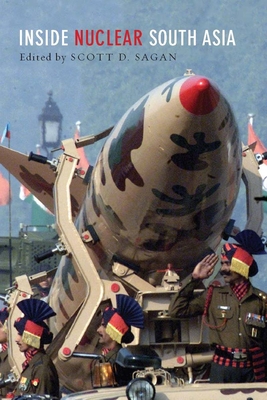 Nuclear-armed adversaries India and Pakistan have fought three wars since their creation as sovereign states in 1947. They went to the brink of a fourth in 2001 following an attack on the Indian parliament, which the Indian government blamed on the Pakistan-backed Lashkar-e-Taiba and Jaish-e-Mohammed terrorist organizations. Despite some attempts at rapprochement in the intervening years, a new standoff between the two countries was precipitated when India accused Lashkar-e-Taiba of being behind the Mumbai attacks late last year.

The relentlessness of the confrontations between these two nations makes Inside Nuclear South Asia a must read for anyone wishing to gain a thorough understanding of the spread of nuclear weapons in South Asia and the potential consequences of nuclear proliferation on the subcontinent.

The book begins with an analysis of the factors that led to India's decision to cross the nuclear threshold in 1998, with Pakistan close behind: factors such as the broad political support for a nuclear weapons program within India's ruling Bharatiya Janata Party (BJP), the intense rivalry between the two countries, the normative and prestige factors that influenced their behaviors, and ultimately the perceived threat to their respective national security.

Scott D. Sagan is Professor of Political Science at Stanford University and Co-Director of Stanford's Center for International Security and Cooperation. He has authored a number of books on nuclear weapons and international security, including Moving Targets: Nuclear Strategy and National Security (1989 and The Limits of Safety: Organizations, Accidents, and Nuclear Weapons (1993).