On Limited Nuclear War in the 21st Century 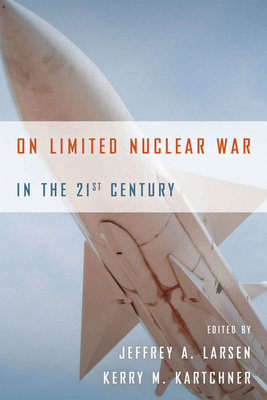 On Limited Nuclear War in the 21st Century

The last two decades have seen a slow but steady increase in nuclear armed states, and in the seemingly less constrained policy goals of some of the newer "rogue" states in the international system. The authors ofOn Limited Nuclear War in the 21st Century argue that a time may come when one of these states makes the conscious decision that using a nuclear weapon against the United States, its allies, or forward deployed forces in the context of a crisis or a regional conventional conflict may be in its interests. They assert that we are unprepared for these types of limited nuclear wars and that it is urgent we rethink the theory, policy, and implementation of force related to our approaches to this type of engagement. Together they critique Cold War doctrine on limited nuclear war and consider a number of the key concepts that should govern our approach to limited nuclear conflict in the future. These include identifying the factors likely to lead to limited nuclear war, examining the geopolitics of future conflict scenarios that might lead to small-scale nuclear use, and assessing strategies for crisis management and escalation control. Finally, they consider a range of strategies and operational concepts for countering, controlling, or containing limited nuclear war.

Jeffrey A. Larsen is Director of Research at the NATO Defense College in Rome. Kerry M. Kartchner is Senior Advisor for Strategic Communications, Bureau of International Security and Nonproliferation, U.S. Department of State.

More by Jeffrey A. Larsen