My Journey at the Nuclear Brink 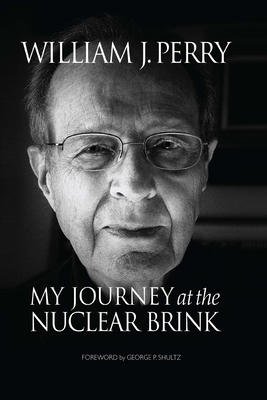 My Journey at the Nuclear Brink

My Journey at the Nuclear Brink is a continuation of William J. Perry's efforts to keep the world safe from a nuclear catastrophe. It tells the story of his coming of age in the nuclear era, his role in trying to shape and contain it, and how his thinking has changed about the threat these weapons pose.

In a remarkable career, Perry has dealt firsthand with the changing nuclear threat. Decades of experience and special access to top-secret knowledge of strategic nuclear options have given Perry a unique, and chilling, vantage point from which to conclude that nuclear weapons endanger our security rather than securing it.

This book traces his thought process as he journeys from the Cuban Missile Crisis, to crafting a defense strategy in the Carter Administration to offset the Soviets' numeric superiority in conventional forces, to presiding over the dismantling of more than 8,000 nuclear weapons in the Clinton Administration, and to his creation in 2007, with George Shultz, Sam Nunn, and Henry Kissinger, of the Nuclear Security Project to articulate their vision of a world free from nuclear weapons and to lay out the urgent steps needed to reduce nuclear dangers.