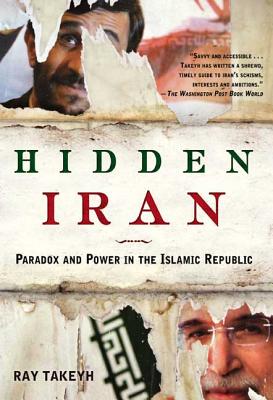 In Hidden Iran, leading Middle East expert Ray Takeyh demystifies the Iranian regime and shows how this pivotal country's internal conflicts have produced its belligerent international posture, especially toward the United States. With President Mahmoud Ahmadinejad pushing the development of a nuclear program, making a play for regional preeminence, and stirring up anti-Israel sentiment, the consequences of not understanding Iran have never been higher. Takeyh explains why this country continues to confound American expectations and offers a new paradigm for managing our relations with this rising power—at a time when getting Iran right has become increasingly urgent for America.

Ray Takeyh is a senior fellow at the Council on Foreign Relations, where he concentrates his work on Iran, Islamist movements, and Middle Eastern politics. He has held positions at the National Defense University, Yale, and Berkeley. His work has appeared in Foreign Affairs, Foreign Policy, The Washington Post, the Los Angeles Times, the Financial Times, and the International Herald Tribune.