The Mapping of the Entradas Into the Greater Southwest 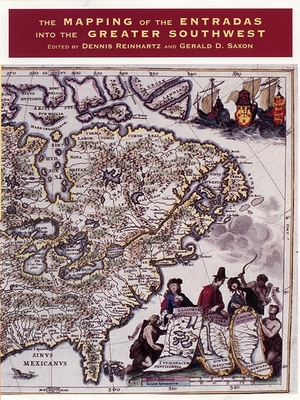 The Mapping of the Entradas Into the Greater Southwest

In this groundbreaking and lavishly illustrated volume edited by Dennis Reinhartz and Gerald D. Saxon, five leading scholars in history, geography, and cartography discuss the role Spanish explorers and mapmakers played in bringing knowledge of the New World to Europe. The entradas, of P nfilo de Narv ez and Alvar N nez Cabeza de Vaca (1527-37), Fray Marcos de Niza and Francisco V squez de Coronado (1539-42), and Hernando de Soto and Luis de Moscoso (1539-43), into the Greater Southwest of North America were crucial in the dissemination of information and images of the newly discovered lands.

The contributors investigate linkages between the early explorers' experiences, their influence on indigenous peoples, and perceptions of the region as reflected in printed maps of the period. This body of images, which incorporated Indian information, made a powerful impression on the still largely preliterate people of Europe, reshaping their world.