Mexico and the Spanish Conquest 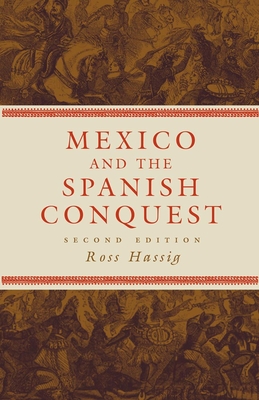 Mexico and the Spanish Conquest

What role did indigenous peoples play in the Spanish conquest of Mexico? Ross Hassig explores this question in Mexico and the Spanish Conquest by incorporating primary accounts from the Indians of Mexico and revisiting the events of the conquest against the backdrop of the Aztec empire, the culture and politics of Mesoamerica, and the military dynamics of both sides. He analyzes the weapons, tactics, and strategies employed by both the Indians and the Spaniards, and concludes that the conquest was less a Spanish victory than it was a victory of Indians over other Indians, which the Spaniards were able to exploit to their own advantage.

In this second edition of his classic work, Hassig incorporates new research in the same concise manner that made the original edition so popular and provides further explanations of the actions and motivations of Cort's, Moteuczoma, and other key figures. He also explores their impact on larger events and examines in greater detail Spanish military tactics and strategies.