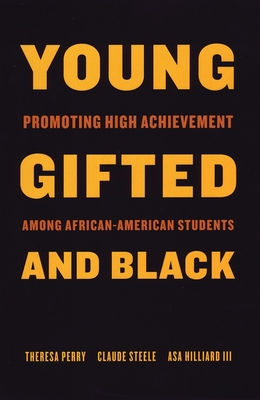 In three separate but allied essays, African-American scholars Theresa Perry, Claude Steele, and Asa Hilliard examine the alleged ‘achievement gap’ between Black and white students. Each author addresses how the unique social and cultural position Black students occupy—in a society which often devalues and stereotypes African-American identity—fundamentally shapes students' experience of school and sets up unique obstacles. Young, Gifted and Black provides an understanding of how these forces work, opening the door to practical, powerful methods for promoting high achievement at all levels.

Claude Steele follows up with stunningly clear empirical psychological evidence that when Black students believe they are being judged as members of a stereotyped group—rather than as individuals—they do worse on tests. He analyzes the subtle psychology of this ‘stereotype threat’ and reflects on the broad implications of his research for education, suggesting scientifically proven techniques that teachers, mentors, and schools can use to counter the powerful effect of stereotype threat.

Finally, Asa Hilliard's essay argues against a variety of false theories and misguided views of African-American achievement. She also shares examples of real schools, programs, and teachers around the country that allow African-American students to achieve at high levels, describing what they are like and what makes them work.

Now more than ever, Young, Gifted and Black is an eye-opening work that has the power to not only change how we talk and think about African-American student achievement but how we view the African-American experience as a whole.

Theresa Perry is Professor of Africana Studies and Education at Simmons College. She is co-author ofYoung, Gifted and Black, and co-editor of The Real Ebonics Debate, among other books. She is faculty director of the Simmons College/Beacon Press Race, Education and Democracy Lecture and Book Series.

Claude M. Steele, formerly of Stanford University, is the provost and professor of psychology at Columbia University.