Guarding the Golden Door: American Immigration Policy and Immigrants since 1882 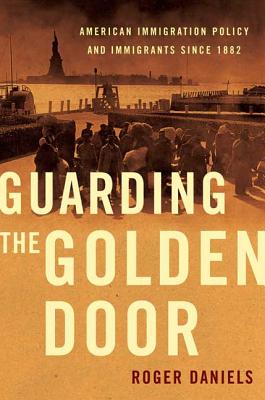 Guarding the Golden Door: American Immigration Policy and Immigrants since 1882

By  Roger Daniels
Paperback
$ 18.00
Out of Stock In Store (Click to Order)

The federal government's efforts to pick and choose among the multitude of immigrants seeking to enter the United States began with the Chinese Exclusion Act of 1882. Conceived in ignorance and falsely presented to the public, it had undreamt of consequences, and this pattern has been rarely deviated from since.

Immigration policy in Daniels' skilled hands shows Americans at their best and worst, from the nativist violence that forced Theodore Roosevelt's 1907 "gentlemen's agreement" with Japan to the generous refugee policies adopted after World War Two and throughout the Cold War. And in a conclusion drawn from today's headlines, Daniels makes clear how far ignorance, partisan politics, and unintended consequences have overtaken immigration policy during the current administration's War on Terror.

Roger Daniels, author of Prisoners Without Trial: Japanese Americans in World War II, is a renowned expert on immigration, consultant to PBS and the Immigration Museum on Ellis Island, and expert witness on Japanese-American internment.