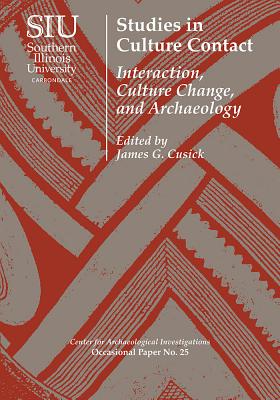 People have long been fascinated about times in human history when different cultures and societies first came into contact with each other, how they reacted to that contact, and why it sometimes occurred peacefully and at other times was violent or catastrophic.

In this collection of essays, anthropologists and archaeologists working in Europe and the Americas consider three forms of culture contact—colonization, cultural entanglement, and symmetrical exchange. Part I provides a critical overview of  theoretical approaches to the study of culture contact, offering assessments of older concepts in anthropology, such as acculturation, as well as more recently formed concepts, including world systems and center-periphery models of contact. Part II contains eleven case studies of specific contact situations and their relationships to the archaeological record, with times and places as varied as pre- and post-Hispanic Mexico, Iron Age France, Jamaican sugar plantations, European provinces in the Roman Empire, and the missions of Spanish Florida.

Studies in Culture Contact provides an extensive review of the history of culture contact in anthropological studies and develops a broad framework for studying culture contact’s role, moving beyond a simple formulation of contact and change to a more complex understanding of the amalgam of change and continuity in contact situations.

James G. Cusick is the curator of the P. K. Yonge Library of Florida History at the University of Florida and the author of The Other War of 1812: The Patriot War and the American Invasion of Spanish East Florida. He has published essays in Historical Archaeology and serves on the board of the Florida Historical Society.