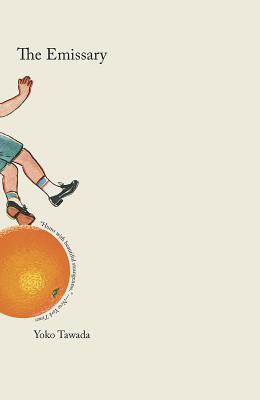 By  Yoko Tawada , Translated by  Margaret Mitsutani
$ 14.95
Likely On Our Shelves

Japan, after suffering from a massive irreparable disaster, cuts itself off from the world. Children are so weak they can barely stand or walk: the only people with any get-go are the elderly. Mumei lives with his grandfather Yoshiro, who worries about him constantly. They carry on a day-to-day routine in what could be viewed as a post-Fukushima time, with all the children born ancient—frail and gray-haired, yet incredibly compassionate and wise. Mumei may be enfeebled and feverish, but he is a beacon of hope, full of wit and free of self-pity and pessimism. Yoshiro concentrates on nourishing Mumei, a strangely wonderful boy who offers “the beauty of the time that is yet to come.”

A delightful, irrepressibly funny book, The Emissary is filled with light. Yoko Tawada, deftly turning inside-out “the curse,” defies gravity and creates a playful joyous novel out of a dystopian one, with a legerdemain uniquely her own.

Yoko Tawada was born in Tokyo in 1960, moved to Hamburg when she was twenty-two, and then to Berlin in 2006. She writes in both Japanese and German and has received the Akutagawa, Lessing, Kleist, Noma, Adelbert von Chamisso and Tanizaki prizes as well as the Goethe Medal. In 2018 her novel The Emissary won the National Book Award.