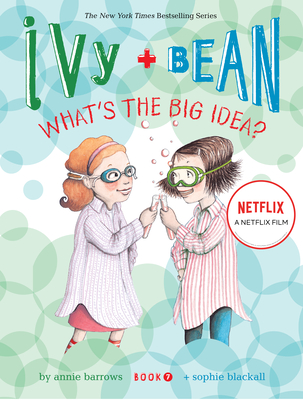 Illustrated By  Sophie Blackall , Annie Barrows
Hardcover
$ 14.99
Out of Stock In Store

A Netflix Original Film Series
A New York Times Bestselling Series
Over 8 Million Copies Sold
The 8th book in the New York Times bestselling Ivy & Bean series is now available in paperback! Ivy and Bean need some money. Ten dollars, to be exact. Never mind what for. Okay, it’s for low-fat Belldeloon cheese in a special just-for-one serving size. Don’t ask why. But how are Ivy and Bean going to make ten dollars? Hey, maybe they should write a newspaper about Pancake Court and sell it! Great idea! And easy, too. All they have to do is nose around the neighborhood. Wow—it’s interesting what comes out when snoops start digging. It’s even more interesting when the neighbors read about it in the newspaper.

Annie Barrows is the author of many books for adults, including the bestselling The Guernsey Literary and Potato Peel Pie Society, but Ivy and Bean is her first series for kids. She lives in Northern California with her husband and two daughters.

Sophie Blackall is an Australian illustrator whose previous books include Ruby's Wish and Meet Wild Boars. She lives in Brooklyn, New York.