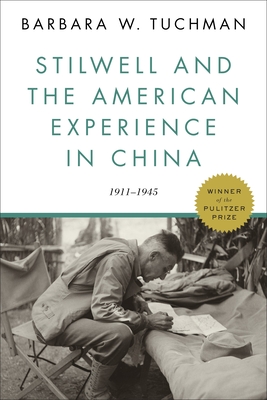 Barbara W. Tuchman won her second Pulitzer Prize for this nonfiction masterpiece—an authoritative work of history that recounts the birth of modern China through the eyes of one extraordinary American.

General Joseph W. Stilwell was a man who loved China deeply and knew its people as few Americans ever have. Barbara W. Tuchman’s groundbreaking narrative follows Stilwell from the time he arrived in China during the Revolution of 1911, through his tours of duty in Peking and Tientsin in the 1920s and ’30s, to his return as theater commander in World War II, when the Nationalist government faced attack from both Japanese invaders and Communist insurgents. Peopled by warlords, ambassadors, and missionaries, this classic biography of the cantankerous but level-headed “Vinegar Joe” sparkles with Tuchman’s genius for animating the people who shaped history.

Praise for Stilwell and the American Experience in China

“Tuchman’s best book . . . so large in scope, so crammed with information, so clear in exposition, so assured in tone that one is tempted to say it is not a book but an education.”—The New Yorker

“The most interesting and informative book on U.S.–China relations . . . a brilliant, lucid and authentic account.”—The Nation

Barbara W. Tuchman (1912–1989) achieved prominence as a historian with The Zimmermann Telegram and international fame with The Guns of August—a huge bestseller and winner of the Pulitzer Prize. Her other works include Bible and Sword, The Proud Tower, Stilwell and the American Experience in China (for which Tuchman was awarded a second Pulitzer Prize), Notes from China, A Distant Mirror, Practicing History, The March of Folly, and The First Salute.