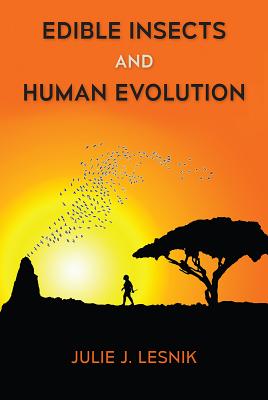 Researchers who study ancient human diets tend to focus on meat eating because the practice of butchery is very apparent in the archaeological record. In this volume, Julie Lesnik highlights a different food source, tracing evidence that humans and their hominin ancestors also consumed insects throughout the entire course of human evolution. Lesnik combines primatology, sociocultural anthropology, reproductive physiology, and paleoanthropology to examine the role of insects in the diets of hunter-gatherers and our nonhuman primate cousins. She posits that women would likely spend more time foraging for and eating insects than men, arguing that this pattern is important to note because women are too often ignored in reconstructions of ancient human behavior. Because of the abundance of insects and the low risk of acquiring them, insects were a reliable food source that mothers used to feed their families over the past five million years. Although they are consumed worldwide to this day, insects are not usually considered food in Western societies. Tying together ancient history with our modern lives, Lesnik points out that insects are highly nutritious and a very sustainable protein alternative. She believes that if we accept that edible insects are a part of the human legacy, we may have new conversations about what is good to eat--both in past diets and for the future of food.