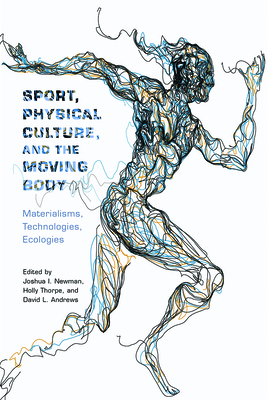 The moving body—pervasively occupied by fitness activities, intense training and dieting regimes, recreational practices, and high-profile sporting mega-events—holds a vital function in contemporary society. As the body moves—as it performs, sweats, runs, and jumps—it sets in motion an intricate web of scientific rationalities, spatial arrangements, corporate imperatives, and identity politics (i.e. politics of gender, race, social class, etc.). It represents vitality in its productive and physiological capacities, it drives a complex economy of experiences and products, and it is a meaningful site of cultural identities and politics.

Contributors to Sport, Physical Culture, and the Moving Body work from a simple premise: as it moves, the material body matters. Adding to the burgeoning fields of sport studies and body studies, the works featured here draw upon the traditions of feminist theory, posthumanism, actor network theory, and new materialism to reposition the physical, moving body as crucial to the cultural, political, environmental, and economic systems that it constitutes and within which is constituted. Once assembled, the book presents a study of bodies in motion—made to move in contexts where technique, performance, speed, strength, and vitality not only define the conduct therein, but provide the very reason for the body’s being within those economies and environments. In so doing, the contributors look to how the body moving for and about rational systems of science, medicine, markets, and geopolity shapes the social and material world in important and unexpected ways.

In Sport, Physical Culture, and the Moving Body, contributors explore the extent to which the body, when moving about both ostensibly active body spaces (i.e., the gymnasium, the ball field, exercise laboratory, the track or running trail, the beach, or the sport stadium) and those places less often connected to physical activity (i.e. the home, the street, the classroom, the automobile), is bounded to technologies of life and living; and to the political arrangements that seek to capitalize upon such frames of biological vitality. To do so, the authors problematize the rise of active body science (i.e. kinesiology, sport and exercise sciences, performance biotechnology) and the effects these scientific interventions have on embodied, lived experience.

Contributors to Sport, Physical Culture, and the Moving Body will be engaging a range of new and emerging theoretical perspectives, including new materialist, political ecology, developmental systems theory, and new material feminist approaches, to examine the actors and assemblages of movement-based material, political, and economic production. In so doing, contributors will vividly and powerfully illustrate the extent to which a focus on the fleshed body and its material conditions can bring forth new insights or ontological and epistemological innovation to the sociology of sport and physical activity. They will also explore the agency of the body as and amongst things. Such a performative materialist approach explicates how complex assemblages of sport and physical activity—bringing into association everything from muscle fibers and dietary proteins to stadium concrete or regional aquifers—are not only meaningful, but ecological.

By focusing on the confluence of agentive materialities, disciplinary technologies, vibrant assemblages, speculative realities, and vital performativities, Sport, Physical Culture, and the Moving Body promises to offer a groundbreaking departure from representationalist tendencies and orthodoxies brought about by the cultural turn in sport and physical cultural studies. It brings the moving body and its physics back into focus: recentering moving flesh and bones as locus of social order, environmental change, and the global political economy.

Joshua Newman (Ph.D., Maryland) is Director of the Center for Sport, Health, and Equitable Development and Professor of Sport, Media, and Cultural Studies at Florida State University. His most recent book, Sport, Spectacle, and NASCAR Nation (Palgrave, with M. Giardina) was named NASSS’s Outstanding Book and was designated a CHOICE Outstanding Academic Title.

Holly Thorpe (PhD, Waikato) is a Professor in Te Oranga, School of Human Development and Movement Studies, at the University of Waikato, New Zealand. She works primarily in the field of the sociology of sport and physical culture, with her research interests including youth, gender, women’s health, action sports, mobilities, social theory, and qualitative methods. She is the author of Transnational Mobilities in Action Sport Cultures (2014) (Honorable Mention for NASSS Book Award 2015) and Snowboarding Bodies in Theory and Practice (2011). She is co-editor of the Routledge Handbook of Physical Cultural Studies (with David Andrews and Michael Silk), Women in Action Sport Cultures: Identity, Politics and Experience (with Rebecca Olive; Palgrave, 2019), and the Berkshire Encyclopedia of Extreme Sports (with Douglas Booth, 2007).

David L. Andrews (Ph.D., Illinois) is a Professor within the Physical Cultural Studies Research Group in the Department of Kinesiology at the University of Maryland at College Park. His research critically examines physical culture as a complex empirical assemblage (including, but not restricted to, sport, fitness, exercise, recreation, leisure, wellness, dance, and health-related movement practices). His publications include: Sport-Commerce-Culture: Essays on Sport in Late Capitalist America (Peter Lang, 2006); The Blackwell Companion to Sport (edited with Ben Carrington, 2013), and Sport and Neoliberalism: Politics, Consumption, and Culture (edited with Michael Silk, 2012, Temple University Press); and, The Routledge Handbook of Physical Cultural Studies (edited with Michael Silk and Holly Thorpe, 2015).

More by Joshua I. Newman