Polonium in the Playhouse: The Manhattan Project's Secret Chemistry Work in Dayton, Ohio 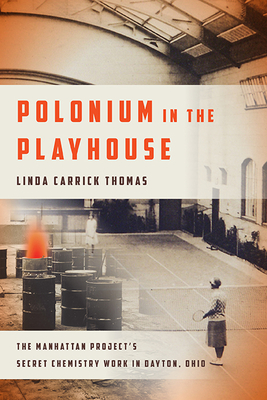 Polonium in the Playhouse: The Manhattan Project's Secret Chemistry Work in Dayton, Ohio

By  Linda Carrick Thomas
Paperback
$ 19.95
Out of Stock In Store (Click to Order)

Seized by the War Department in 1944 for the bomb project, the Runnymede Playhouse was transformed into a polonium processing facility, providing a critical radioactive ingredient for the bomb initiator—the mechanism that triggered a chain reaction. With the help of a Soviet spy working undercover at the site, it was also key to the Soviet Union’s atomic bomb program.

The work was directed by industrial chemist Charles Allen Thomas who had been chosen by J. Robert Oppenheimer and General Leslie Groves to coordinate Manhattan Project chemistry and metallurgy. As one of the nation’s first science administrators, Thomas was responsible for choreographing the plutonium work at Los Alamos and the Project’s key laboratories. The elegant glass-roofed building belonged to his wife’s family.

Weaving Manhattan Project history with the life and work of the scientist, industrial leader and singing-showman Thomas, Polonium in the Playhouse offers a fascinating look at the vast and complicated program that changed world history and introduces the men and women who raced against time to build the initiator for the bomb.

Linda Carrick Thomas is a freelance writer and editor. A former newspaper journalist and assistant director in higher education communications, she was raised in Boston and San Diego and lives in Indiana. She is the granddaughter of Manhattan Project administrator and industrial chemist Charles Allen Thomas.