Revolution and Aftermath: Forging a New Strategy toward Iran 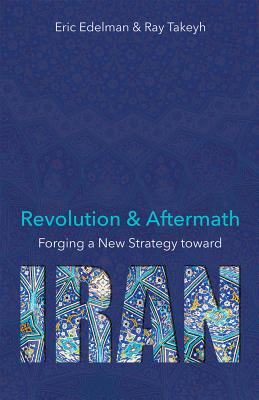 Revolution and Aftermath: Forging a New Strategy toward Iran

In Revolution and Aftermath: Forging a New Strategy toward Iran, Eric Edelman and Ray Takeyh examine one of the most underappreciated forces that has shaped modern US foreign policy: American-Iranian relations. They argue that America’s flawed reading of Iran’s domestic politics has hamstrung decades of US diplomacy, resulting in humiliations and setbacks ranging from the 1979–81 hostage crisis to Barack Obama’s concession-laden nuclear weapons deal. What presidents and diplomats have repeatedly failed to grasp, they write, is that “the Islamic Republic is a revolutionary state whose entire identity is invested in its hostility toward the West.” To illuminate a path forward for American-Iranian relations, the authors address some of the most persistent myths about Iran, its ruling elite, and its people. Finally, they highlight lessons leaders can learn from America’s many missteps since the 1979 Islamic Revolution.

Ambassador Eric S. Edelman is the Roger Hertog Distinguished Practitioner-in-Residence at the Philip Merrill Center for Strategic Studies at Johns Hopkins University. He was US ambassador to Finland in the Clinton administration and Turkey in the George W. Bush administration. Ray Takeyh is a Hasib J. Sabbagh Senior Fellow for Middle East Studies at the Council on Foreign Relations.